Born in Bergamo in 1974. She graduated from the Brera Academy of Fine Arts in Milan in 1997.
In the same year, she spent six months in the Reserva Biològica de Quebrangulo, where she began to transpose the various species of wild Brazilian vegetation to paper, painting with watercolours.
Thus began her work dedicated to wild plants, with particular focus on the main Brazilian biomes, rainforest (Amazon), humid tropical forest and the Cerrado.
In 1999 she married the brazilian sculptor Luciano Mello Witkowski Pinto and moved to the city of Americana- São Paulo in Brazil. From 2000 to 2001 she studied Botanical Morphology and Systematic Botany at the Escola Superior de Agricultura ‘Luiz de Queiroz’ of the University of São Paulo.
Over the years she has developed a solid friendship and professional collaboration with Harri Lorenzi, the well-known Brazilian botanist specialised in the study and preservation of the wild plants of Brazil, who since 1990 has collected 3,500 plant species, mostly wild varieties, in the Jardim Botanico Plantarum in Nova Odessa, which he designed.
Since 2000, she has exhibited her work in public spaces and international art galleries, is represented by the Salamon fine art gallery in Milan.
Her son Leon was born in 2006 and her daughter Iris in 2014.
In 2016 she returned to Italy where she lives and works.

What do you love about Borciani e Bonazzi brushes?

First of all, they are Italian brushes with a long tradition that have been able to give modernity to their series, suitable for various techniques and ways of painting.
I use them both for the loosest and freest watercolours, and for the perfection of the details in botanical watercolours.
The line of synthetic series 800 Unico Mangusta are always composed and precise, while the brushes in sable hair are also very special.
For the oil painting technique I prefer synthetic hair in the various hardness depending on the desired effects and the needs and ways of painting.
I use the fine gold series for the softer backgrounds and the 810 Unico Silver series for the more pasty colour.
Very durable the tips of the hair and their handle comfortable and practical in use.

Discover the brushes chosen by Margherita. 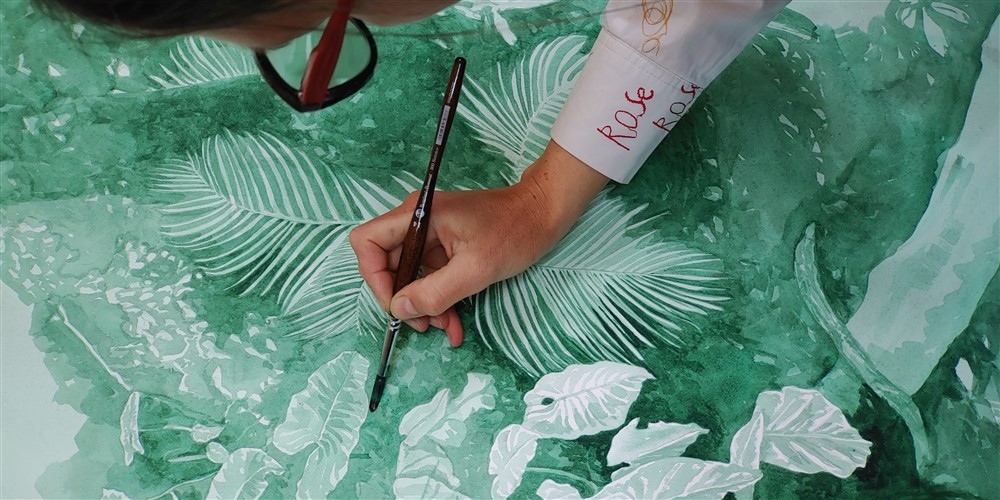 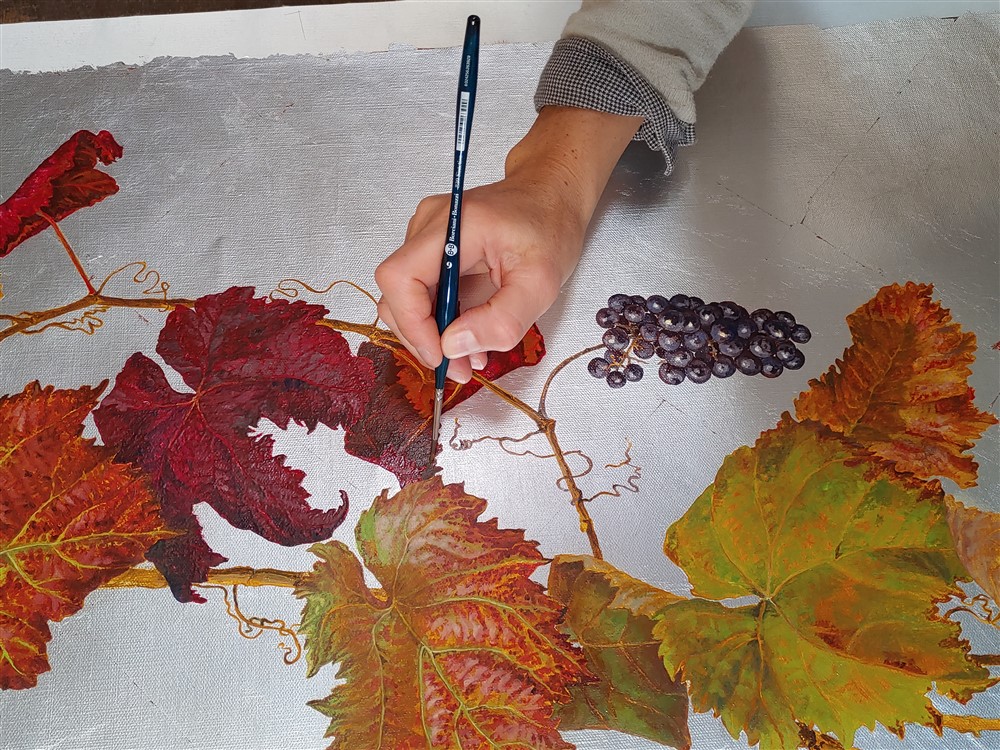 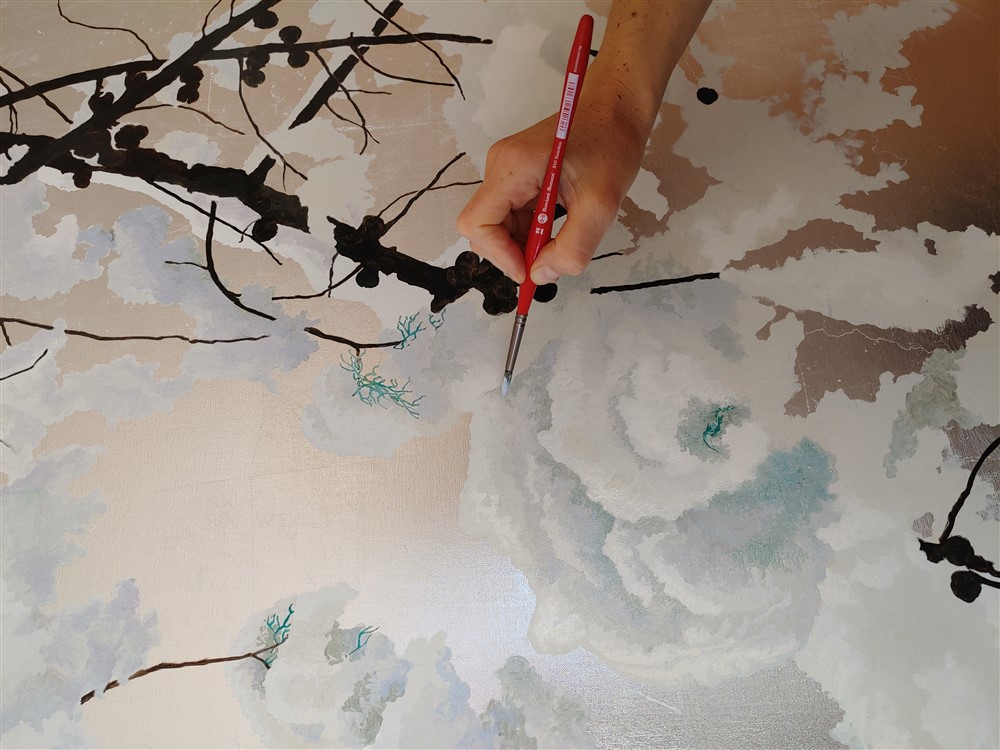 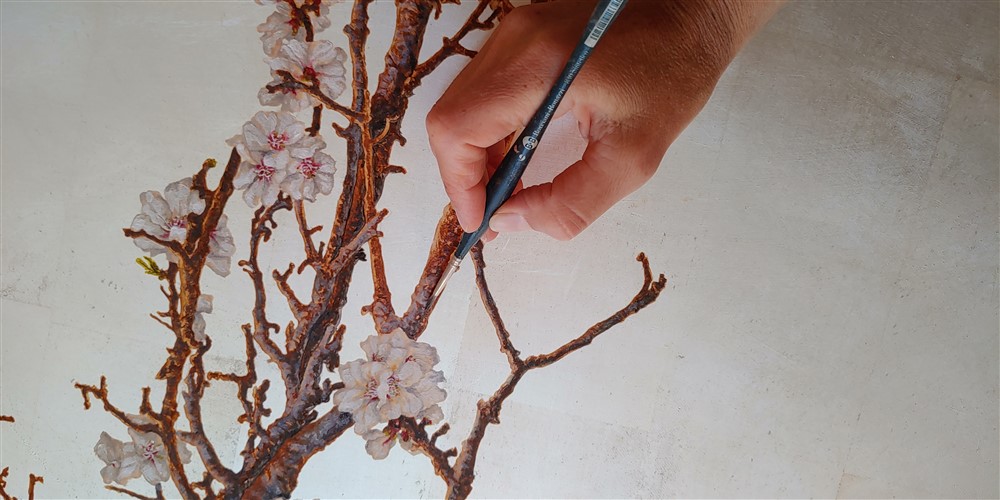 €2.87 (VAT incl.)
A round tip brush with mongoose synthetic fibre, with a ergonomic transparent dark-brown lacquered handle and a nickel-plated brass ferrule. Mongoose synthetic fibre is characterised by great softness and absorbency along with a slow release of water. It is ideal for watercolours and painting techniques requiring... Read more
View more

€4.68 (VAT incl.)
Round tip brush with silver synthetic fibre, ergonomic red lacquered handle and anthracite brass ferrule. The elastic and resistant silver synthetic fibre is microperforated along the filament for high water absorbency and a gradual release. It is ideal for practically all painting techniques, from applying... Read more
View more

€2.71 (VAT incl.)
A flat tip brush of mongoose synthetic fibre, with a ergonomic transparent dark-brown lacquered handle and a nickel-plated brass ferrule. Mongoose fibre is characterised by great softness and absorbency along with a slow release of water. It is ideal for watercolours and painting techniques requiring reduced... Read more
View more